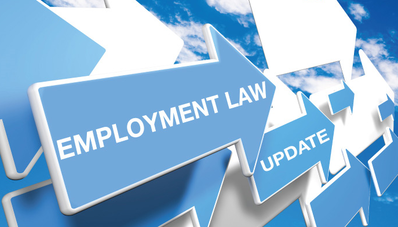 As usual, this April sees a number of changes to employment legislation.

For larger employers, the most significant development is the introduction of the gender pay gap reporting duty but there are also a number of other key changes which will affect all employers, regardless of their size.

1. Gender pay gap reporting
Despite the best efforts of equal pay legislation (introduced in 1970), the pay gap between men and women in the UK still sits at 19.4%. The requirement for employers employing 250 or more people to collect and publish their payroll information is intended to highlight where pay gaps exist and is a starting point from which companies can begin to take constructive action to address problem areas.

As of April 2017, larger employers (defined as those with 250 or more employees) will have to report data about their gender pay gap, including bonus payments. Employers will also have to report on the proportion of male and female employees in different pay quartiles and those who receive bonuses. Bonus information must be based on the preceding 12-month period.

Employers in the private and voluntary sector must base their pay data on staff employed on a “snapshot” date of 5 April each year.

Employers have 12 months to publish the information on their own website and to upload it to a Government website.

Employers in England that pay the levy will be able to access funding through a digital service. The new system of funding is expected to operate from 1 May 2017.

Employers that do not pay the levy will also be able to access funding for apprenticeships.

Different arrangements around apprenticeship funding will apply in Scotland, Wales and Northern Ireland, although the levy applies across the UK.

7. Immigration Skills Charge
Employers that sponsor skilled workers under tier 2 of the immigration points-based system (for workers coming from outside the European Economic Area) will have to pay a levy of £1,000 per certificate of sponsorship per year (£364 for small employers and charities).

The levy will apply in relation to each worker under tier 2, although there are some exemptions.
​
The Immigration Skills Charge is due to come into force on 6 April 2017.

The introduction of the Immigration Skills Charge is intended to encourage employers to focus on 'home grown' talent, and to invest in training British workers to fulfil specialist roles that migrant workers would otherwise fill.

8. Salary Sacrifice Schemes
Tax and national insurance contributions savings will be removed for all tangible benefits under a Salary Sacrifice arrangement with the exception of those relating to pensions, childcare, cycle to work and ultra-low emission cars.

9. Trade Union Act
The Bill will introduce a number of proposed changes.
10. Statutory Redundancy Pay Increases
New limits on employment statutory redundancy pay come into force on 6 April 2017.  Employers that dismiss employees for redundancy must pay those with two years’ service an amount based on the employee’s weekly pay, length of service and age.

The weekly pay is subject to a maximum amount. From 6 April 2017, this is £489, increasing from £479.
​​The contents of this page are for reference purposes only and do not constitute legal advice. Independent legal advice should be sought in relation to any specific legal matter.